In 2017, the MDA’s ambient monitoring program sampled over 160 monitoring wells, naturally occurring springs and private drinking water wells throughout the state for pesticides. 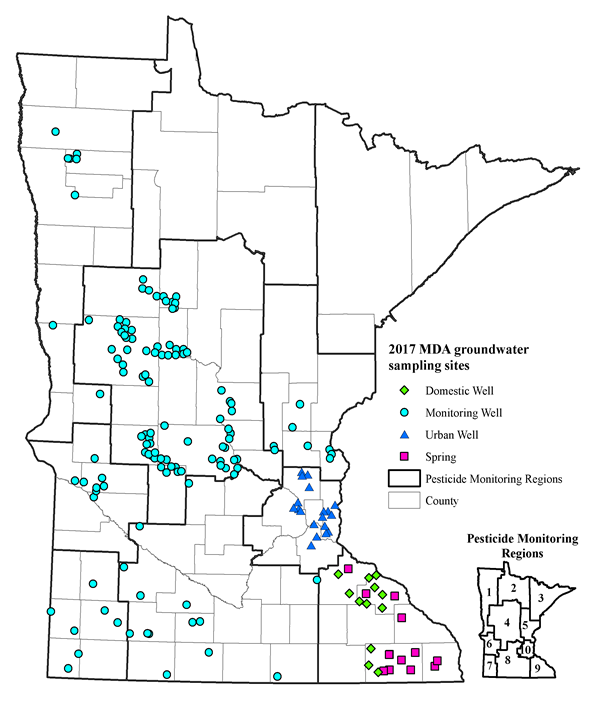 In 1987, the Minnesota Legislature amended the Minnesota Pesticide Control Law. It directed the MDA to determine the impact of pesticides on the environment, including the impacts on surface water and groundwater.

Common detection is an official state designation made by the MDA Commissioner of Agriculture and is defined as “detection of a pollutant that is not due to misuse or unusual or unique circumstances but is likely to be the result of normal use of a product or a practice” (Minn. Stat. § 103H.005, Subd. 5). Pesticides, and select degradates, that have been designated as “common detection” receive heightened scrutiny from the MDA during reporting of monitoring results. Acetochlor, alachlor, atrazine, metolachlor, and metribuzin are the current common detection pesticides. Atrazine, metolachlor and metribuzin were designated in 2002. Acetochlor and alachlor were designated in 2003.

The graphics below indicate statewide groundwater pesticide detection frequency from 2010 through 2017. Also presented are the annual statewide 90th percentile concentrations for pesticides detected in greater than 10% of samples. 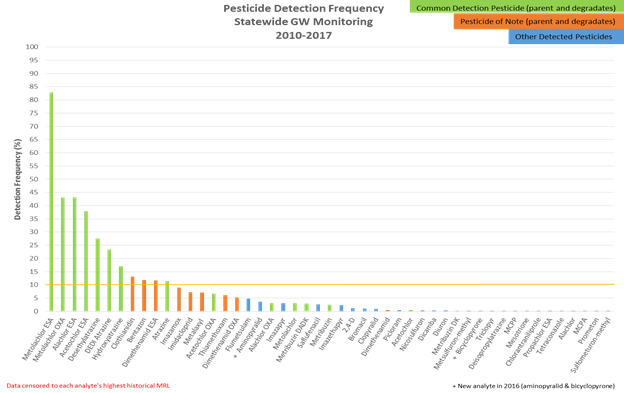 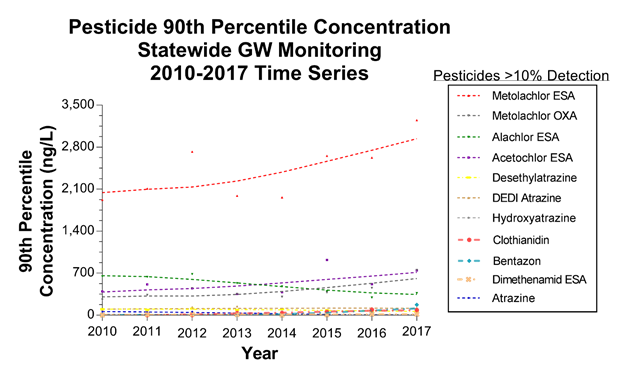 All of the pesticide data collected as part of MDAs ambient monitoring program is publically available through the Water Quality Portal or by contacting MDA. The MDA will continue to improve its program to expand monitoring to new locations and to include additional pesticide analytes, as resources and needs permit. The MDA is committed to maintaining its long-term data record to allow for continued assessment of the impacts of pesticides on surface water from routine use.