The Goals of the treatability study are to determine:

The experimental design section of the treatability study proposal should:

The sampling and analysis section of the treatability study proposal should:

2.  Mix this soil thoroughly and divide it into three equal portions (Fig. 1). The soil may need to be sieved or crushed to homogenize it.  Two of the soil subportions will be treated as controls in the study.

a. The first control should consist of microbially inhibited soil + any moisture used in the study.

This control will measure the impact of non-biological degradation processes. Microbial inhibition should follow established procedures and have minimal impact on the soil structure and contaminants (for methods see Chapter 3, Methods of Soil Analysis Part 2-Microbiological and Biochemical Properties, Soil Science Society of America, 1994).

b. The second control should consist of soil + any moisture or nutrients used in the study.

c. The third soil portion should consist of soil + any moisture or nutrients used in the study + bioremediation solutions (such as added microorganisms). 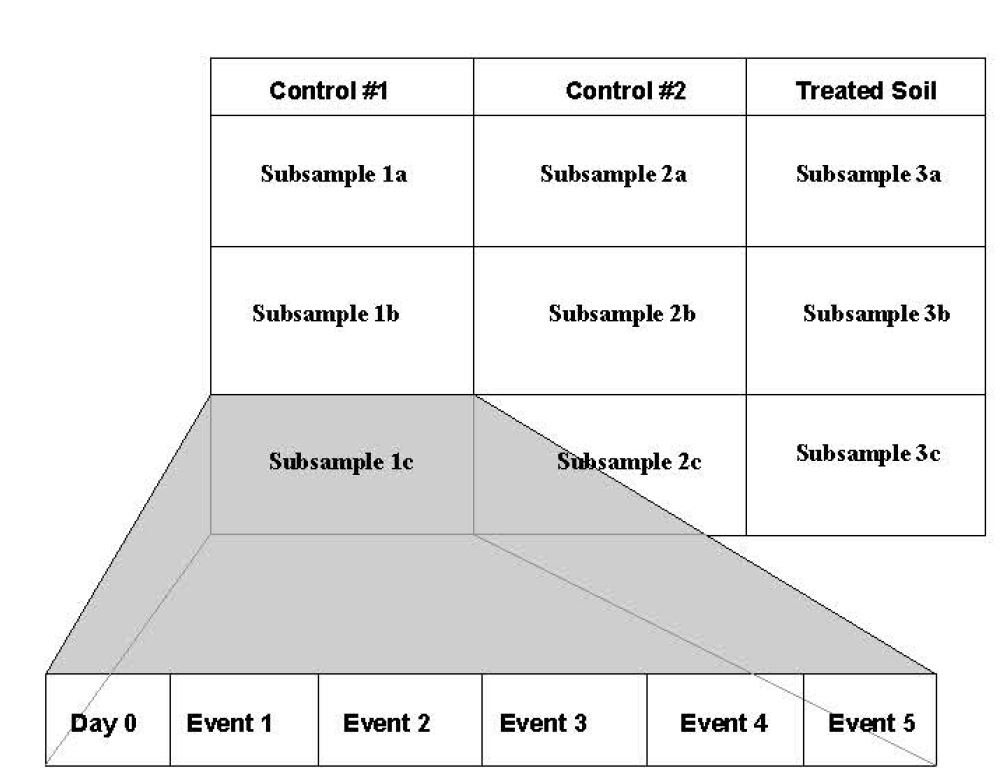 If the treatability test is successful, the design should be evaluated, and necessary alterations should be made to bring the design up to pilot or full-scale remediation, if appropriate. The pilot or full-scale design should follow procedures for a corrective action plan described in the Minnesota Department of Agriculture (MDA) guidance document GD10 Agricultural Chemical Incident Remedial Investigation Report and Corrective Action Plan. In addition, the full-scale costs of the bioremediation method should be compared to other remediation options to determine feasibility for field application.