Acetochlor - Use in Minnesota

Collection of NASS data on acetochlor use in Minnesota started in 1994, the year acetochlor was introduced as a new product. Due to budget constraints or other program considerations, data for pesticide use on corn was not collected on a yearly basis beyond 2003. 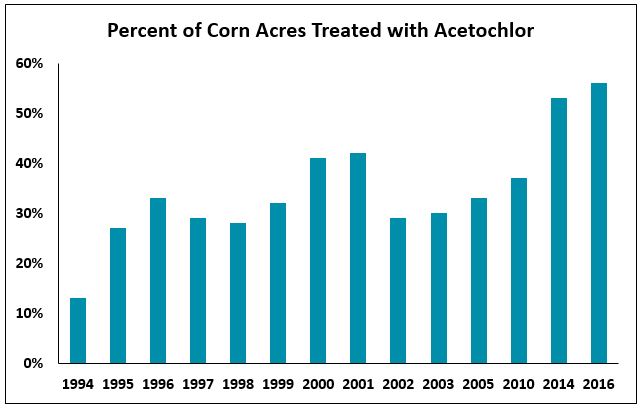 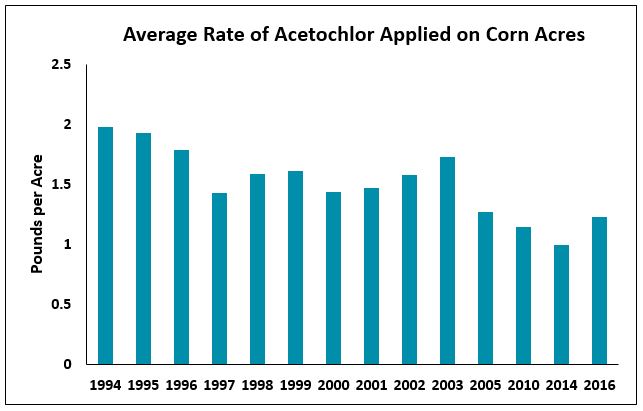 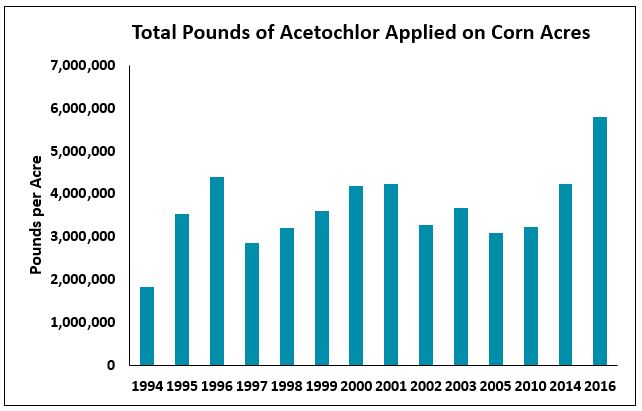