Since 1929, Minnesota has had the services of County Agricultural Inspectors. The duties of this position are to see that all laws and rules dealing with noxious weeds are carried out within their jurisdiction. They may also participate in control programs for seeds, feeds, fertilizers, pesticides, and insect pests when requested to do so by the Commissioner of Agriculture.

A key provision of the Noxious Weed Law provides for state, county, and municipal cooperation in enforcement. Each has a separate and distinct function that makes duplication of effort unnecessary and yet allows all three to join forces on difficult enforcement problems. The role of the Minnesota Department of Agriculture is to see that there is uniformity in enforcement among the counties. In performing this task the department currently provides a substantial amount of support services annually to each county. This support is in the form of training, laboratory support, enforcement materials (law booklets, forms, etc.), and direct technical assistance. These services are used largely by county agricultural inspectors who, in turn, are responsible for training and guiding municipal officials in their responsibilities for enforcement. Municipal officials are responsible for inspection of all land in their jurisdiction and for making the first contact with the landowner. Statistics indicate that about eighty percent of landowners with a noxious weed problem comply after being contacted by municipal officials. For the remaining twenty percent, the county agricultural inspector would issue an individual notice for each violation establishing a time limit for compliance. Statistics again indicate about an eighty percent compliance rate with the notices. The remaining four percent not yet in compliance face either prosecution or proceedings whereby the county agricultural inspector would hire the control done. This system of enforcement is aimed at achieving voluntary compliance whenever possible because that is the cheapest and most effective form of enforcement. Every year, county agricultural and local weed inspectors make over 10,000 contacts with landowners to control noxious weeds. Consistently less than four hundred of these result in the issuance of individual notices. This data indicates that county and local governments are effective at achieving compliance without having to use more expensive enforcement methods in every case. 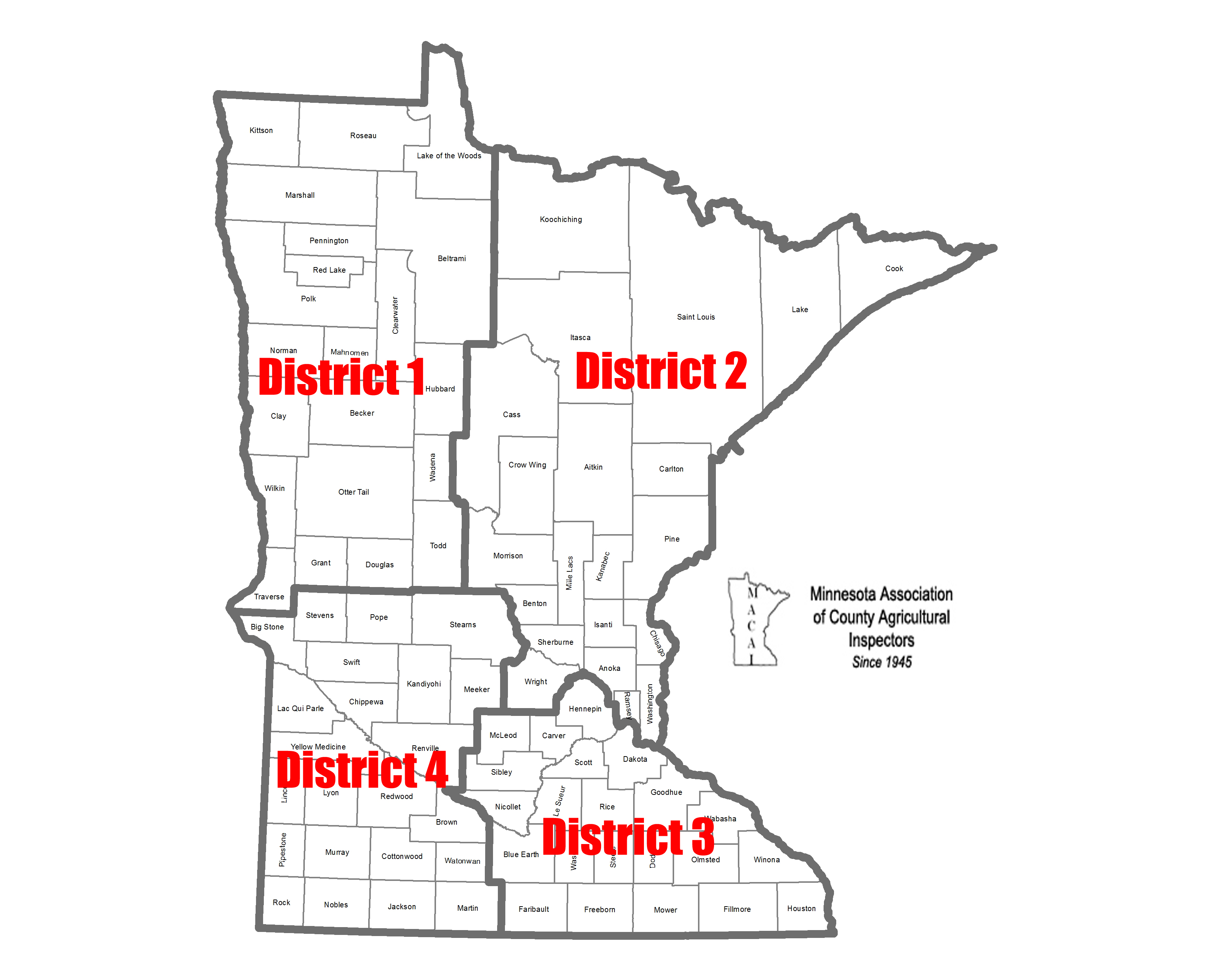 The objective of the Minnesota Noxious Weed Law is to prevent the spread and proliferation of undesirable plants in order to minimize the adverse effects on the state's citizens. A majority of other states and the federal government have such laws. The adverse effects include: illness in both humans and livestock; loss of crop due to competition; environmental degradation because the species present are either non-native or out balance; and, aesthetics.

County Agricultural Inspectors are also vitally important to the MDA's Seed Regulatory Program.  Inspectors provide 1/4 of the annual seed samples collected statewide.  The seed industry in Minnesota is ranked among the best in the United States. Sales of agricultural seed to farmers in Minnesota for planting purposes are worth over $350 million annually. Adding lawn, vegetable, and flower seed to those sales would raise the figure to over $400 million annually. An average Minnesota county has over 350,000 acres of farmland and an annual cash farm income of over $90 million. An average county would have sales of agricultural seed valued at over $4 million annually. Current statistics indicate about a ten percent violation rate on seed involving factors that could affect yield. Preventing the sale of mislabeled seed could save farmers in an average county over $900,000 in lost crop annually if a ten percent yield reduction occurred on farmland planted to mislabeled seed. A one percent reduction in crop loss due to an effective seed inspection and sampling program conducted by a county agricultural inspector could pay for the cost of the program for a year.

Participation in the control programs for feed, fertilizer, pesticides, and insect pests is also beneficial. The environmental and public health concerns relating to these programs make them a high priority for regulators at the federal, state, and county levels.