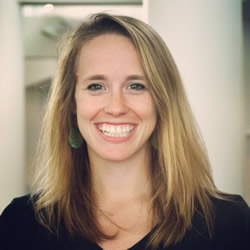 Prior to her appointment to Deputy Commissioner, Vaubel served as the agency’s Legislative Affairs Director and as an Assistant Commissioner.

Before coming to the MDA, Vaubel worked for Minnesota Congressman Tim Walz in both Washington, D.C., and Mankato, Minnesota.

Vaubel hails from Verona, Wisconsin and earned her degree from the University of Wisconsin-La Crosse. She resides in Dakota County with her husband and two kids.