Each year the MDA sets around 20,000 gypsy moth traps throughout Minnesota to determine the location and size of gypsy moth populations. The MDA's survey program is closely tied to the insect's biology. The female does not fly so she uses a pheromone, or sex attractant, to lure the male moth to her for mating. Although humans can't detect the scent of the pheromone, it is a powerful attractant to the male gypsy moth.
Scientists have developed a synthetic gypsy moth pheromone, which is used to lure male moths into survey traps. The survey detects the presence of gypsy moth. Traps are set before the adult moths fly, monitored throughout the summer, and are removed after the flight season is finished. Data are collected on the trap location and the number of moths caught in it. The data are then used to determine the size and extent of gypsy moth infestations.

MDA survey staff and cooperators deploy weatherproof cardboard traps. Triangular delta traps can be orange or tan in color and are the standard trap type used. Milk carton traps are green and are used in areas where the expected moth counts are higher than what the delta traps can accommodate (>15 moths). Both trap types have a lure inside that mimics the natural pheromone of the female moth. The male moth flies to the trap to mate but instead ends up ensnared in a sticky substance inside the delta trap or perishes from the pesticide strip in the milk carton trap.
30–45 survey staff are employed each summer to set, check and remove the traps. It is a full-time seasonal position that requires considerable driving and the ability to work outdoors in all kinds of weather.

Check out opportunities to be a Forest Pest Gypsy Moth Surveyor.

The gypsy moth survey program concentrates on the eastern half of the state due to the natural westward movement of gypsy moth through Wisconsin as the population front expands. Selected high-risk businesses also receive survey traps throughout the annually designated trapping survey project area. Over the years, the trapping survey has shown us where gypsy moth populations are starting up, building, and moving. 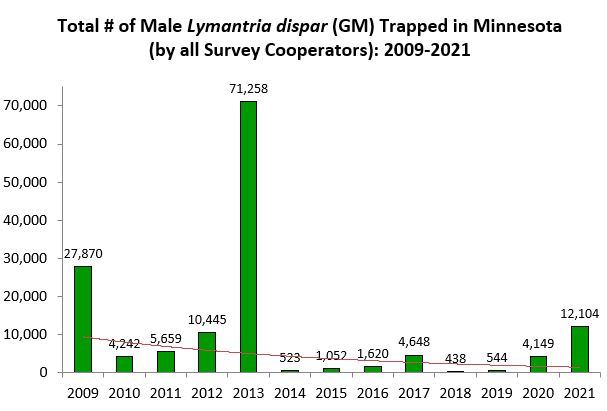 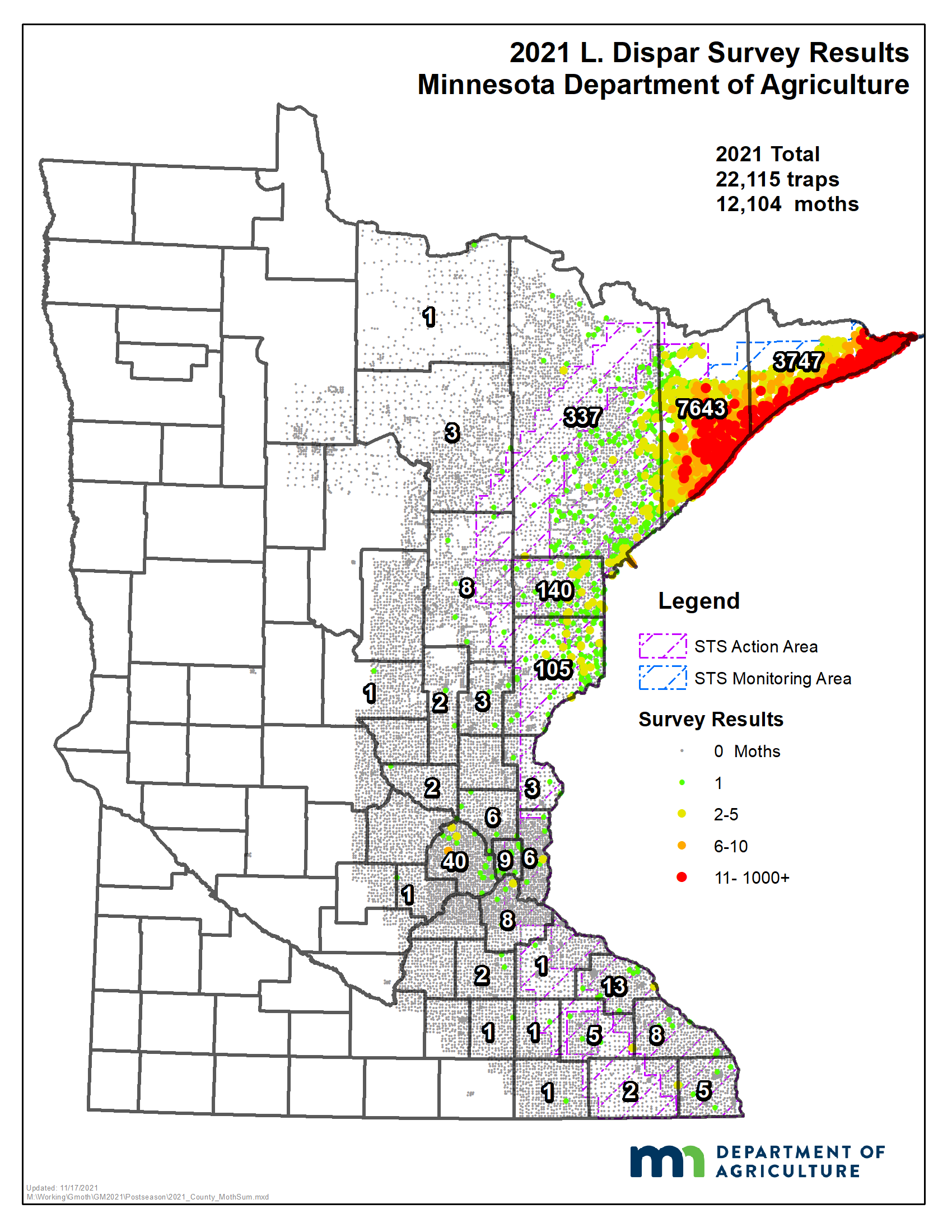 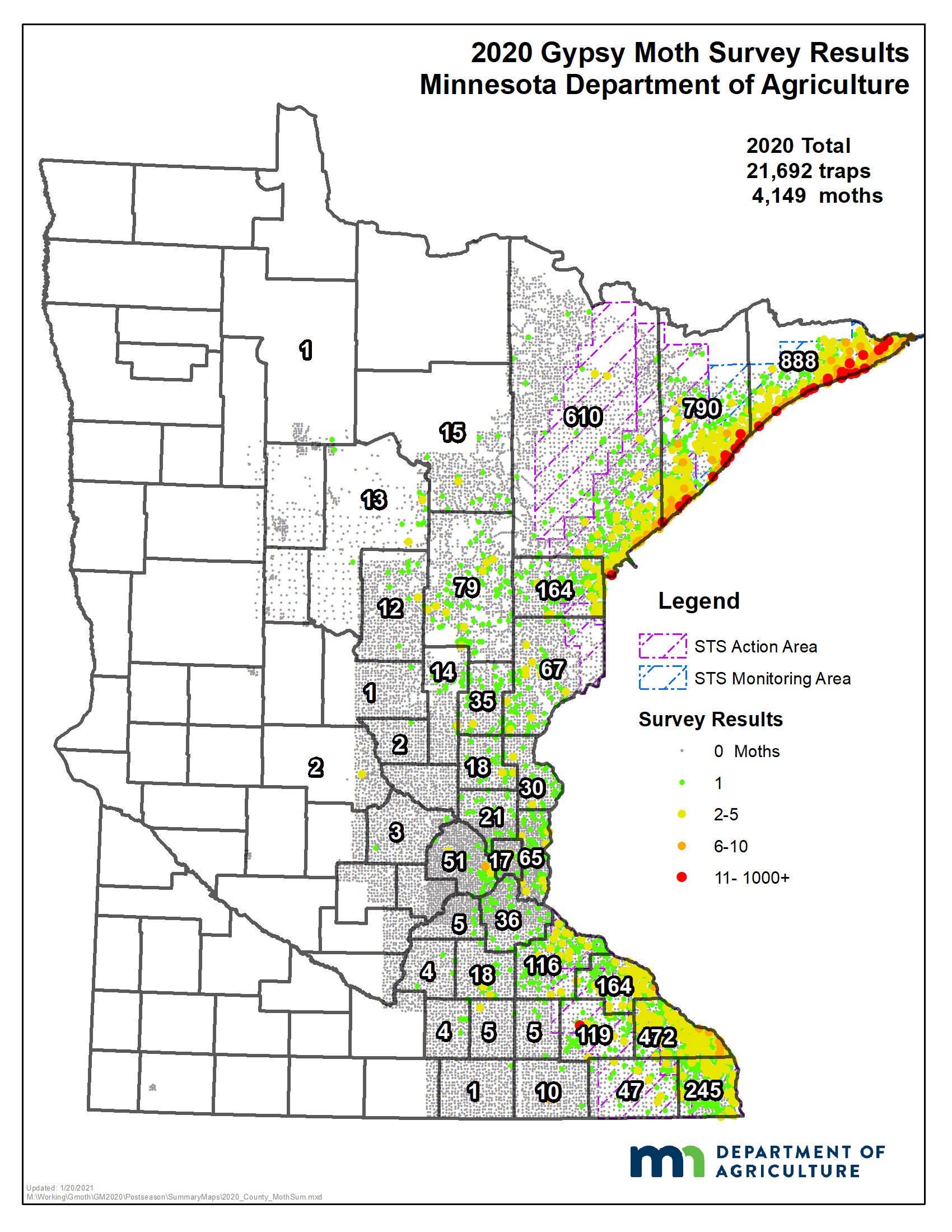 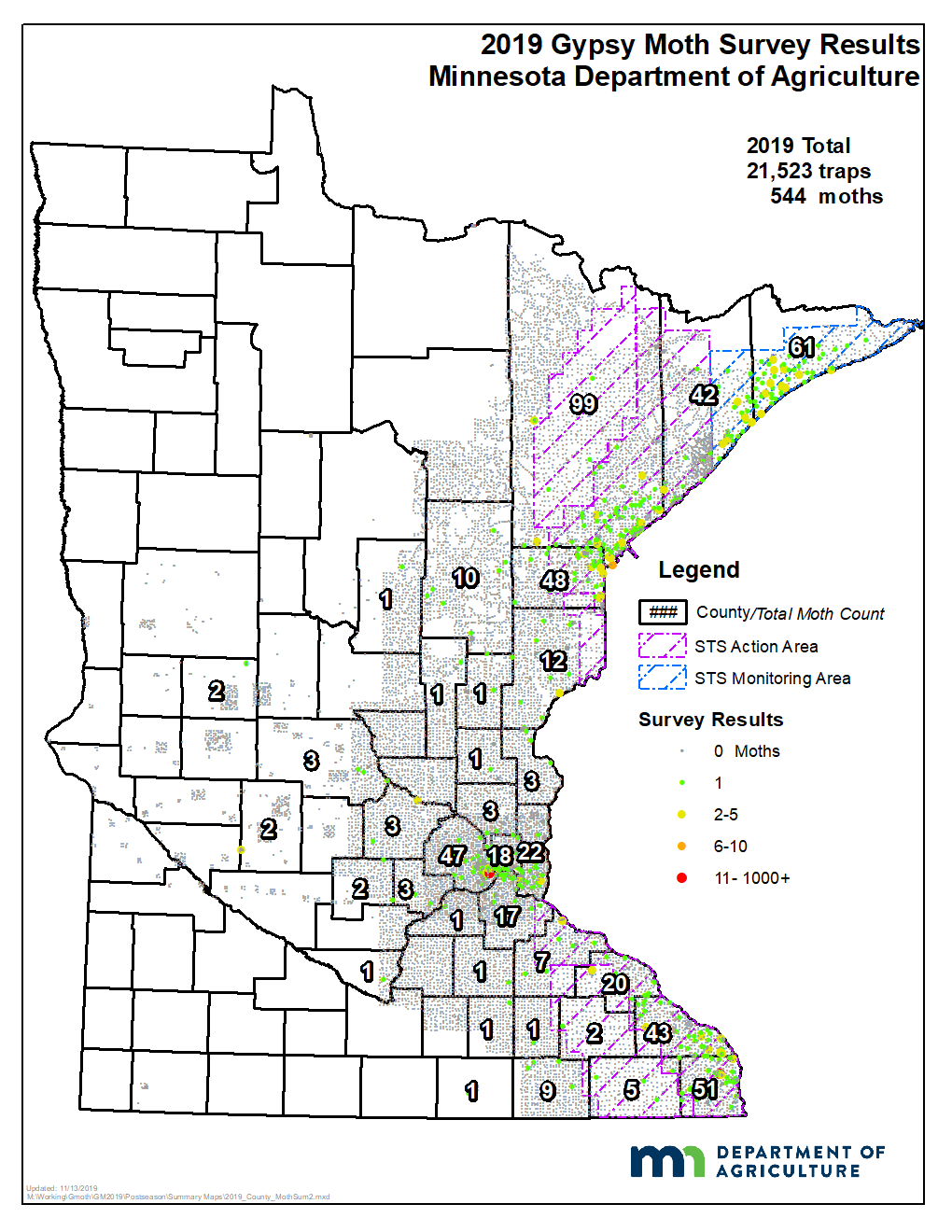 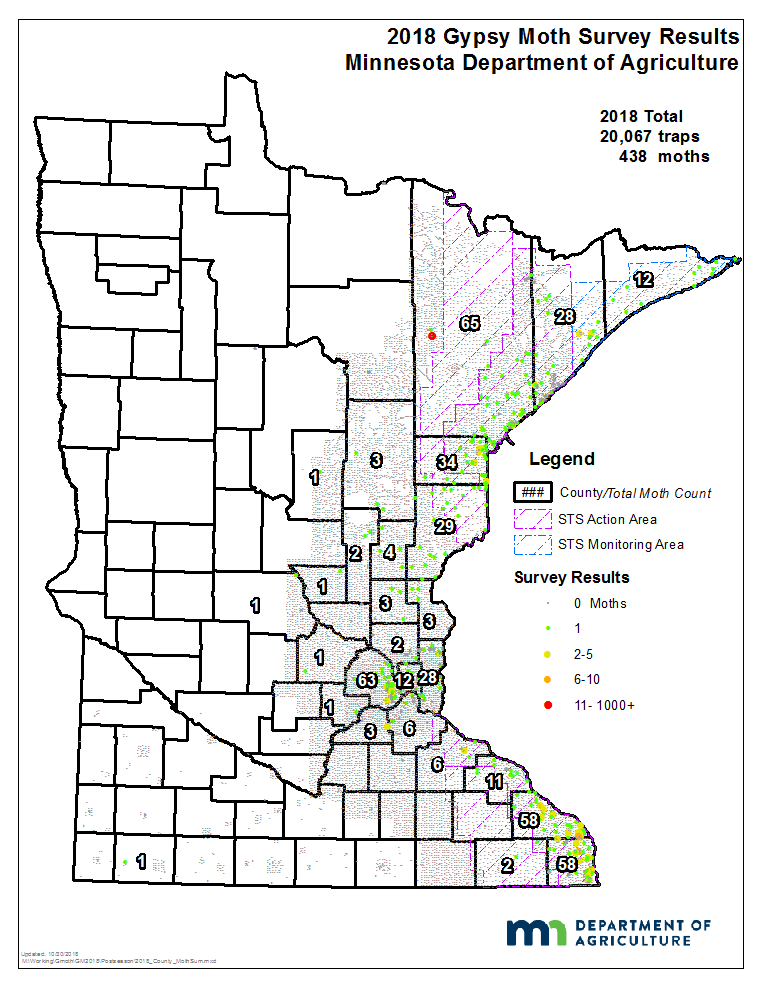 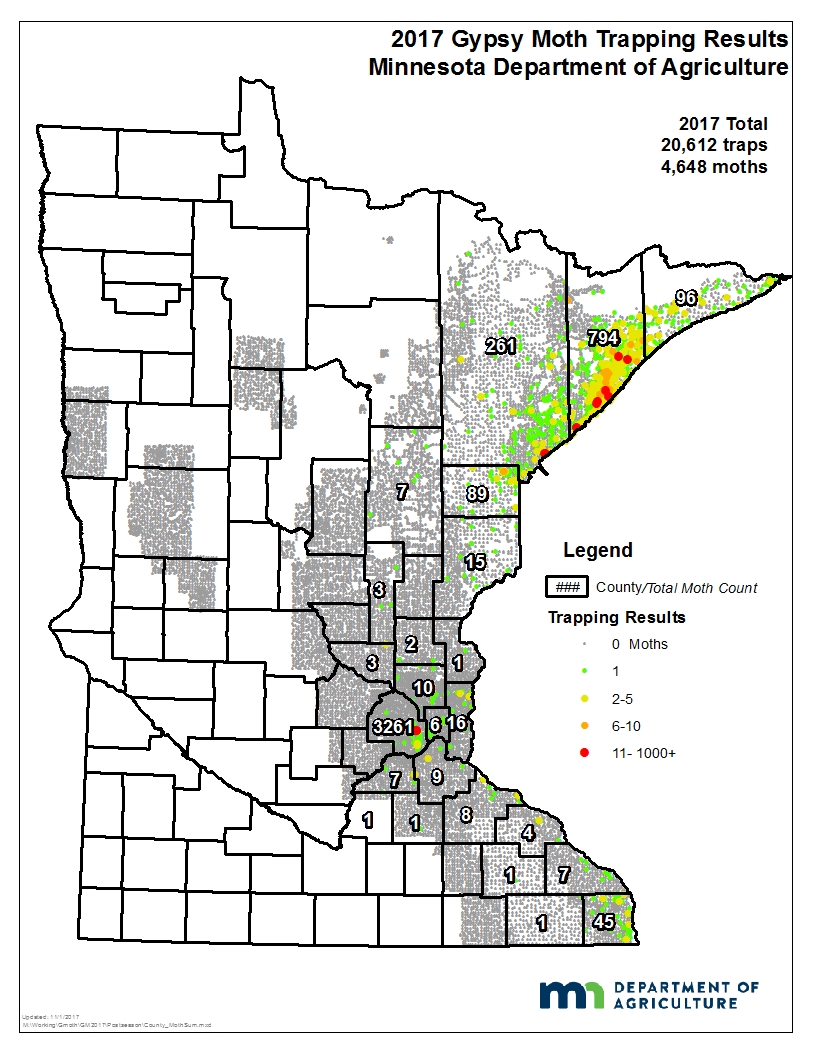 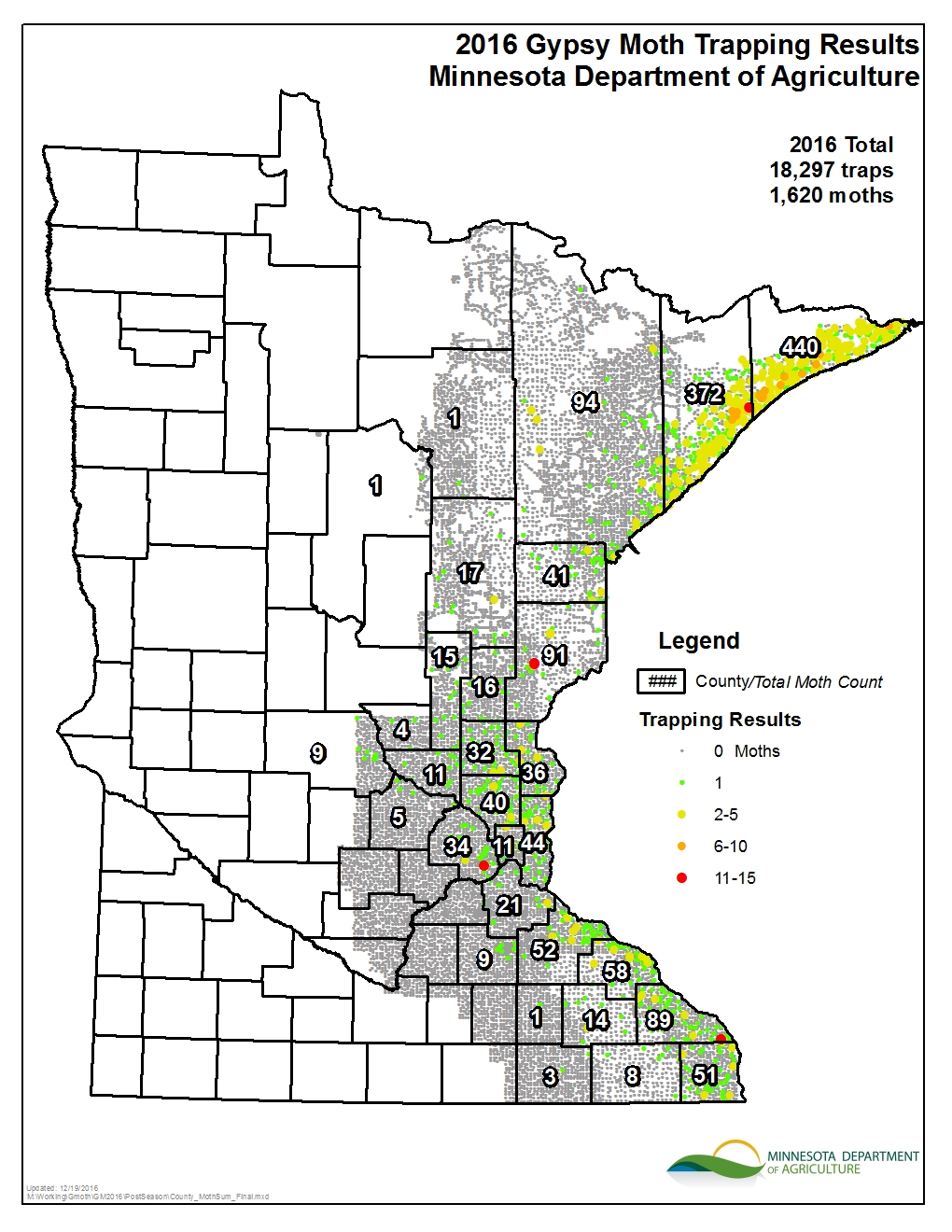 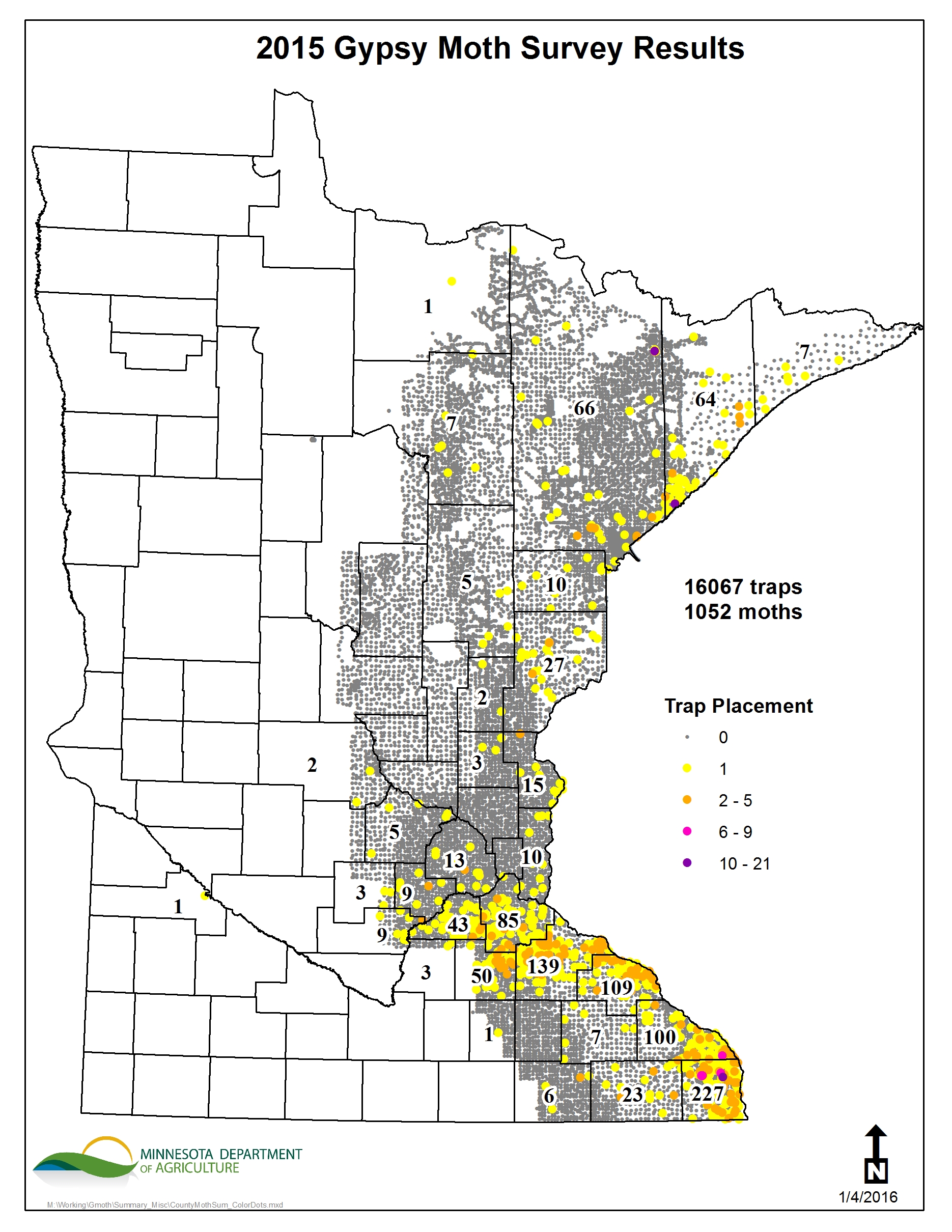 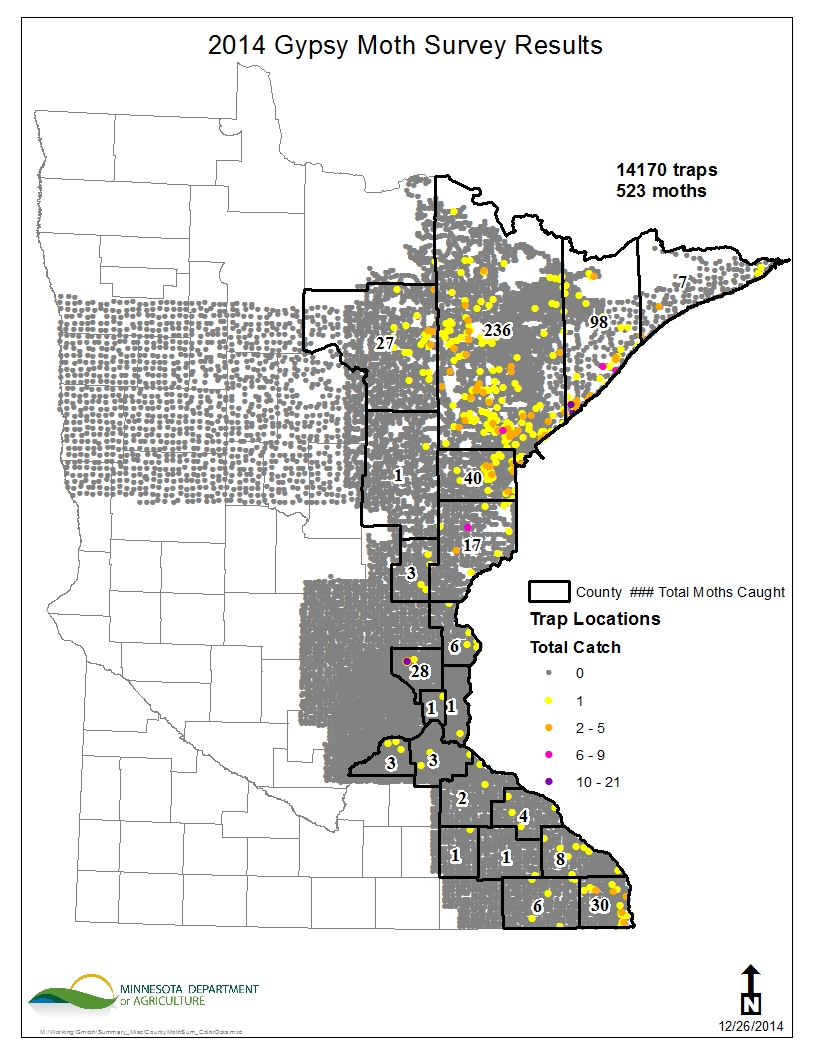 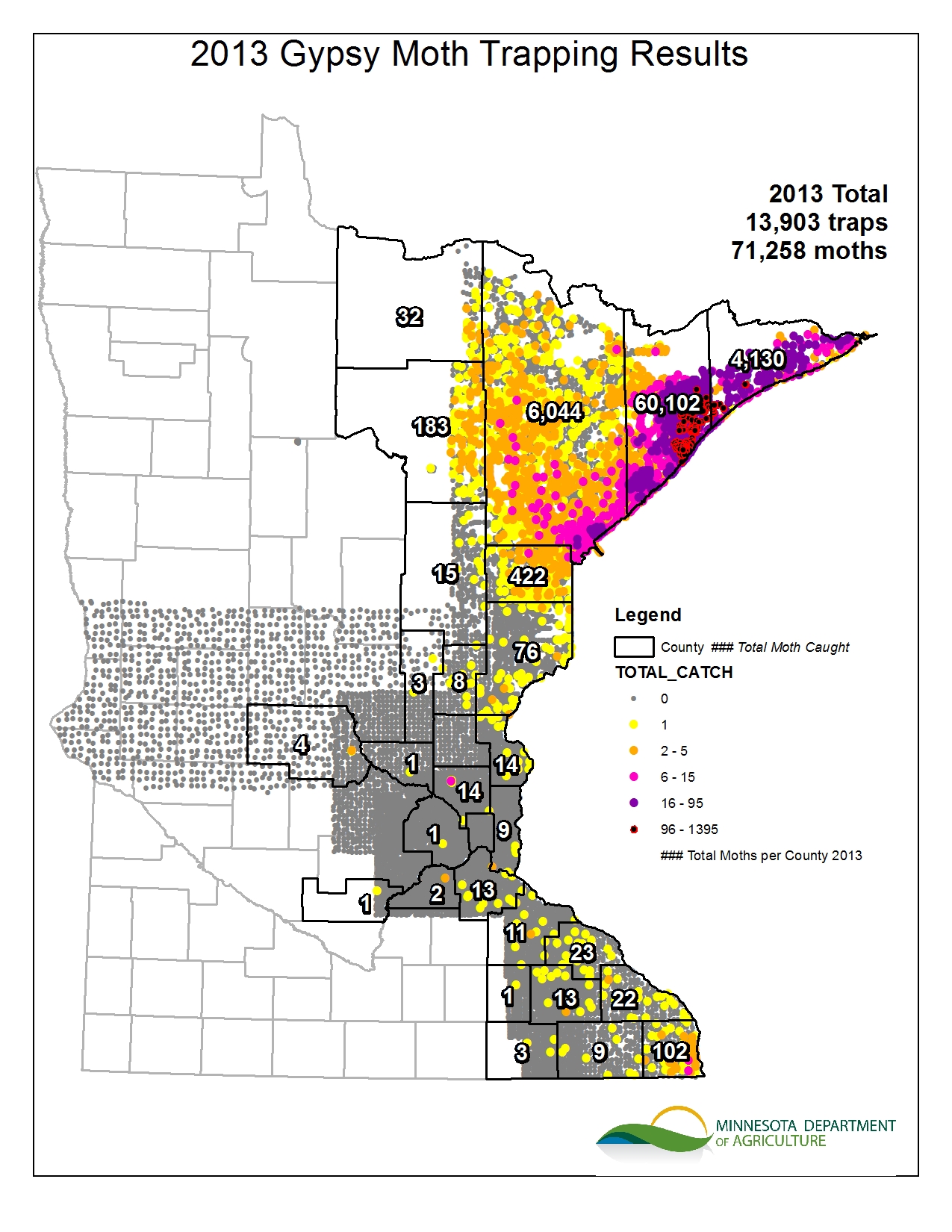