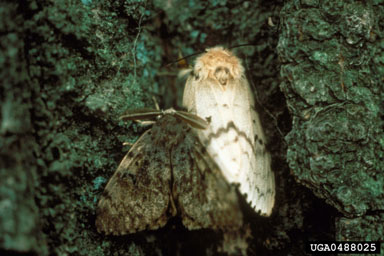 The spongy moth is a generalist defoliator and can eat the leaves of over 300 species of trees and shrubs. The spongy moth generally prefer broad-leaf deciduous trees, but can also defoliate evergreen trees. Defoliation usually does not kill trees directly, but the added stress make trees susceptible to other agents that may cause death. For example, the two-lined chestnut borer (Agrilus bilineatus) and shoestring root rot (Armillaria spp.) can cause mortality on stressed trees.

Spongy moth lay their eggs in protected areas, and will lay them on both natural and artificial surfaces. Egg masses are the overwintering life stage, and are the life stage that is present for the longest amount of time (approximately 10 months in Minnesota). Since the spongy moth likes to hide their egg masses in protected areas and they are around for an extended period of time makes the spongy moth an expert hitchhiker. When visiting a spongy moth quarantined area, be sure that you give all outdoor articles a thorough inspection for egg masses before leaving the area.

Spongy moth was introduced to the United States and Canada in 1869, and has since spread across much of the northeastern U.S. See the history of spongy moth in the U.S. and Minnesota. 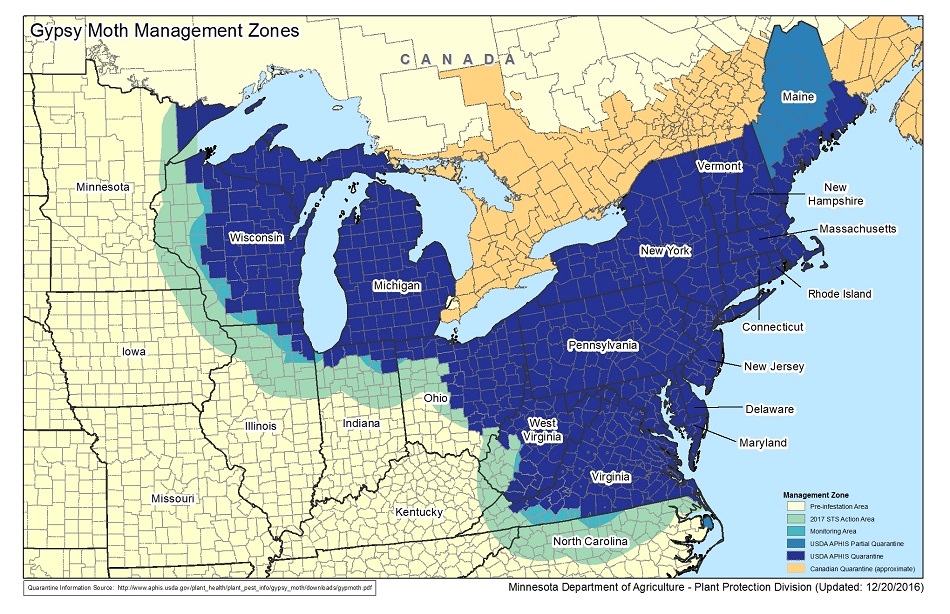 This chart shows the average developmental times for spongy moth in Minnesota. The length of each life stage depends on weather conditions, which vary annually.

It is still rare to find spongy moth in Minnesota. Usually the only way they are detected is when lured into survey traps that MDA field staff and other cooperators place throughout the state. Other species that are much more commonly found in Minnesota such as the Forest and Eastern Tent Caterpillars can be similar-looking to spongy moth. Their defoliating larvae can also be pests, but they are not federally regulated pests like the spongy moth is. 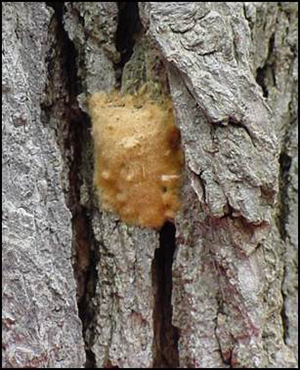 Egg mass
Eggs are laid in a fuzzy, tan-colored mass. The egg mass contains 500-1,000 eggs and is about the size of a quarter. Eggs are laid during late summer and hatch the following spring when the weather is right. Egg masses can be found on living and/or inanimate objects, including nursery stock, logs, roof eaves, in wheel wells or outdoor household articles like firewood and lawn chairs. This is the life state that is most likely to be transported by humans.

Caterpillar (larva)
The caterpillar hatches from the egg and grows to a length of 2½ inches as it matures. Its body is covered with hairs to protect it from predators including curious humans. Be careful - if a spongy moth caterpillar touches your skin, the area might get irritated! Along its back, the caterpillar has five pairs of blue spots near the head followed by six pairs of red spots. It actively feeds on plant foliage from late spring through mid-summer, when it develops into a pupa. 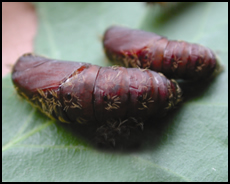 Pupa
The pupa is an immobile stage of this insect's life. Though it appears inactive, it is very busy inside transforming from a caterpillar into an adult moth. Found during mid-summer, it is dark reddish-brown, leathery in appearance, and often tethered to an object with silk strands. Pupae can range in size from ¾ inch to 1½ inches long.

Adult Female
The adult female moth is white with brown jagged markings on her wings. Her wingspread ranges from 1 to 2 inches, but she cannot fly because her body is so large and heavy with eggs. Female spongy moth attract male mates by releasing a pungent sex attractant (pheromone). After attracting a male and successfully mating the female lays a single egg mass and dies.

Adult Male
The adult male moth has feathery (plumed) antennae that are so sensitive they can "smell" a female a mile away. His body can be light beige to dark brown with black jagged bands on brown forewings. His wingspread ranges from only ¾ to 1½ inches yet he is a strong flyer and capable of mating with several females. Adult moths are typically active from late summer through early fall.

Contact the Minnesota Department of Agriculture via Report A Pest or by sending an email to gypsy.moth@state.mn.us if you suspect you have found spongy moth.