Spongy moth management has come a long way since the early days when infestations had to be burned or removed entirely by hand. Nationally, spongy moth populations are managed using a barrier zone method known as the Slow-The-Spread (STS) program. Management strategies vary based on the extent of spongy moth infestations and the distance to generally infested areas. This program involves an extensive annual trapping survey to monitor spongy moth populations and to inform management decisions. Management activities vary by STS zones, with spongy moth eradication and suppression treatments within the uninfested and transition zones being prioritized to limit the spread rate of the spongy moth. 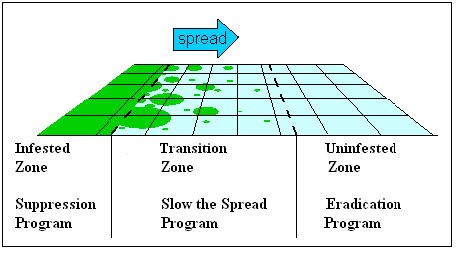 Infested Zone
• Treat outbreaks locally to preserve high-value stands.
• Counties can be quarantined when moth captures average to be 10 moths per trap. 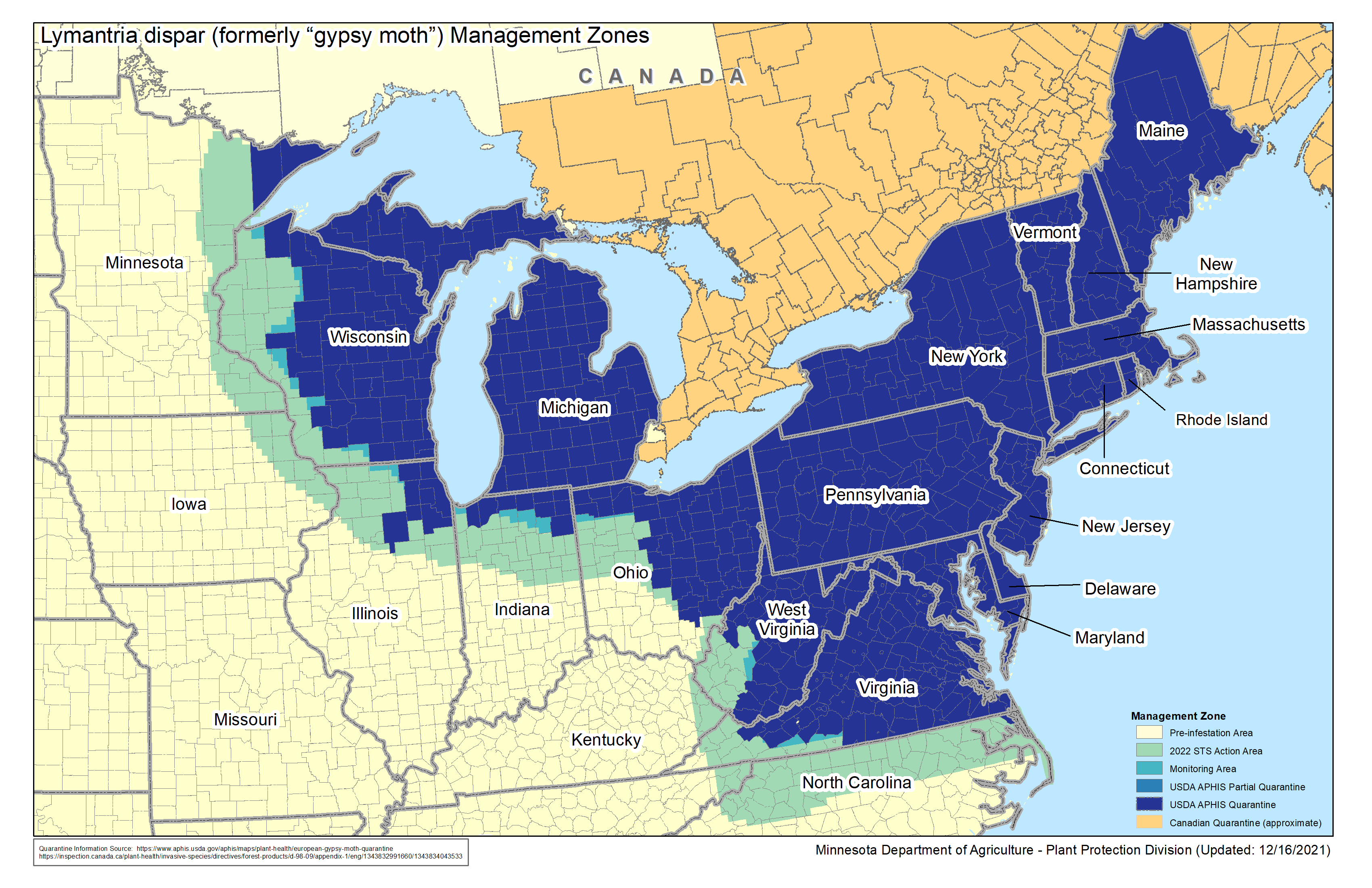 Since 2004, Minnesota has been an official member of the U.S. Forest Service's Spongy Moth Slow the Spread (STS) program. This program finances a regional effort to control the spread of the spongy moth through trapping and treatment. It involves collaboration between state and federal government to reduce new areas of infestation. Survey methods, data collection, and reporting have all been standardized so that treatments are most effective.

As a part of the STS program, states located along the leading edge of the spongy moth population have implemented a regional strategy to minimize the rate at which spongy moth spreads into uninfested areas. As a direct result of their actions, the national spread rate has been dramatically reduced by more than 70% from the historical level of 13 miles per year to 3 miles per year. The benefits from the national strategy are experienced by the nation as a whole as well as individuals. They are:

An economic study commissioned by the STS Foundation and conducted in 2008 by Dr. Erin Sills of North Carolina State University revisited the costs and benefits of the STS program through adjustments to a similar study completed in 1990. The objectives of the study were to compare the costs of operating the program to the benefits received by residents and businesses affected by the spongy moth. Dr. Sills concludes:

Considering household willingness to pay to avoid all impacts of spongy moth (including impacts on developed recreation, and the impacts of nuisance and defoliation in yards, neighborhoods, and local parks in defoliated zones), the benefits are estimated to be three times as high as the costs of operating the program.

The three national strategies - eradication, STS, and suppression - support management needs by expanding the management options available to state cooperators. The population models and treatments most commonly used within these programs are among a number of management options utilized in Minnesota.