The viburnum leaf beetle, an invasive insect that feeds on viburnum plants, has been found for the first time in Minnesota.

The beetle is an invasive insect native to Europe and is currently found in the northeastern United States and Wisconsin. It feeds exclusively on species of viburnum and can defoliate the plant. Repeated defoliation weakens the plant over time and can eventually kill viburnum.

“The insect was able to somehow hitch a ride from outside Minnesota and find it’s way to the Twin Cities metro area; however, we may never know exactly how it got here,” said Angie Ambourn, Supervisor of the MDA’s Pest Detection Unit. “Unfortunately, this is yet another example of the ease at which invasive insects, plants, and diseases can quickly spread throughout the U.S. and the world.”

The larvae of the viburnum leaf beetle are yellow to light brown with black spots and dashes on their bodies. They chew holes in the leaves in a pattern that is very similar to Japanese beetles. Adult insects lay eggs along the twigs in egg pits that are easily seen with the naked eye.

There are several ways to control the spread of the viburnum leaf beetle. Homeowners and landscapers can select viburnum varieties that are resistant to the insect. Pruning and destroying infested twigs is also an effective control method. There are also chemicals available.

“It’s important that we get an understanding of where this insect may be in Minnesota and how big of an issue this is to homeowners,” said Ambourn.

There are several ways residents can report suspected viburnum leaf beetles to the MDA.

More information on viburnum leaf beetle can be found at the University of Wisconsin’s website. 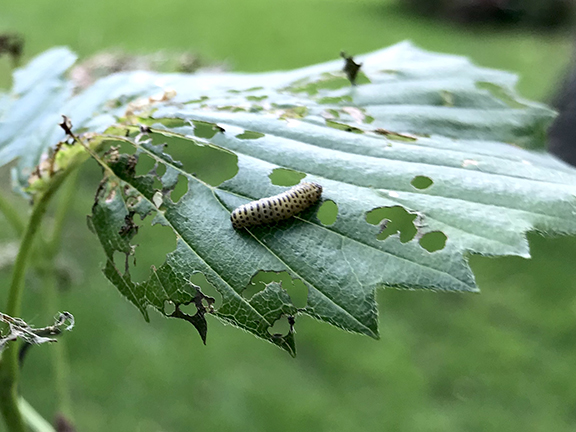 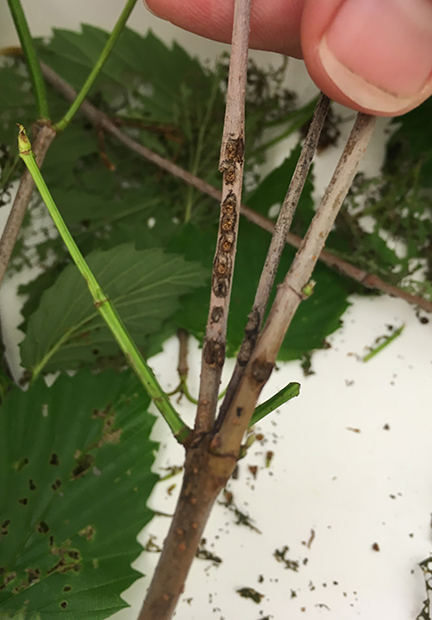